Parkinson's Disease Vs. Parkinsonism: What Is The Difference?

What Is Parkinson's Disease?

Parkinson's disease is a chronic neurodegenerative disease. Its symptoms include non-motor symptoms (such as autonomic dysfunction, sleep disorders, and cognitive disorders) and core motor symptoms (namely tremors, bradykinesia/slow movements, rigidity, and abnormal/unstable gait and posture). These symptoms in Parkinson’s disease are due to a loss of nerve cells in the brain, leading to insufficient dopamine levels. Dopamine acts as a messenger for parts of the brain and nervous system which help co-ordinate body movement; a lack of dopamine thus means that certain parts of the brain cannot function as well as it should, subsequently manifesting as the aforementioned symptoms.

Parkinsonism refers to the clinical syndrome characterized by the four core motor symptoms (comprising of tremors, bradykinesia/slow movements, rigidity, and abnormal/unstable gait and posture) typical of Parkinson’s disease. However, Parkinsonism is an umbrella term which does not solely apply to Parkinson's disease, as these motor symptoms can also present in many disorders other than Parkinson’s disease. Examples of these diseases include – but are not limited to – Lewy body dementia, amyotrophic lateral sclerosis, frontotemporal dementia, and multiple system atrophy. 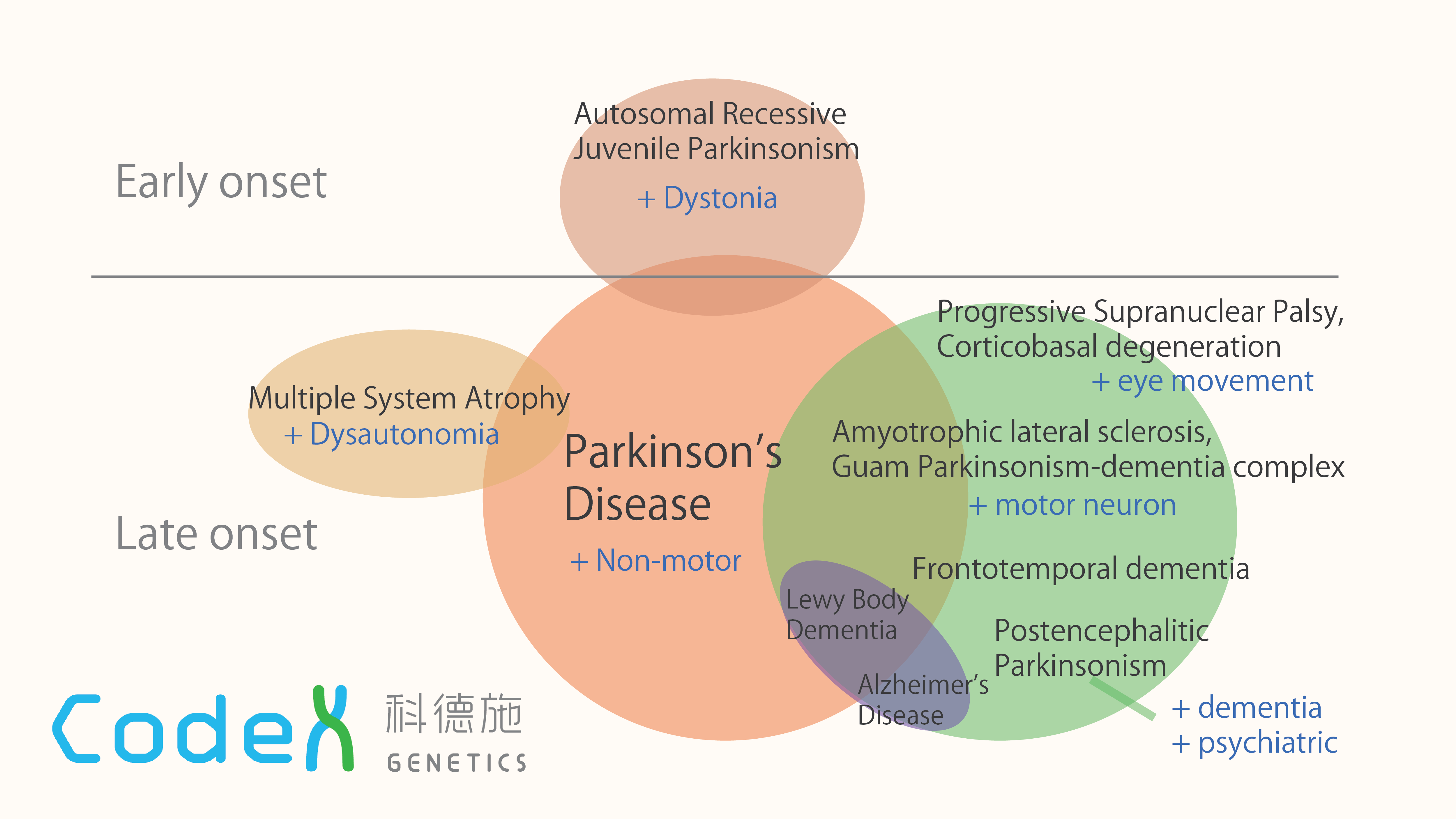 Because of the overlapping symptoms of Parkinsonism, it is difficult to accurately diagnose individuals by clinical symptoms alone. In addition, the pathogenic principle is different, which makes it more difficult for doctors to diagnose. It is thus important for doctors to use various instruments such as CT, MRI, and/or genetic testing to assist in the correct diagnosis of cranial nerve diseases according to the individual’s condition. A correct and swift diagnosis is crucial such that the adverse effects of the disease can be better prevented and mitigated.