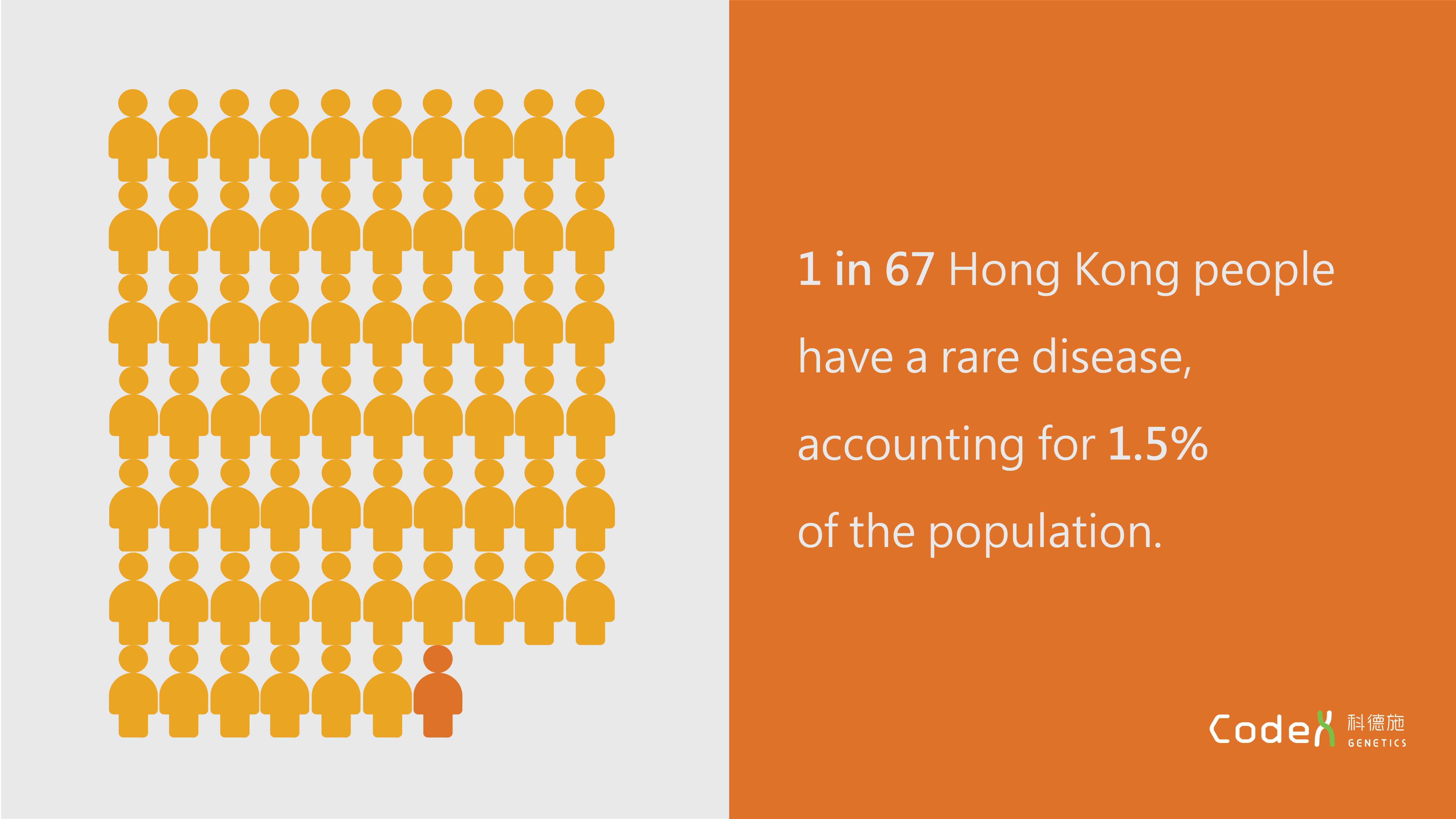 Although there are only a few statistics on rare diseases in Hong Kong, we can still understand the challenges faced by rare disease patients by referring to the statistic from other regions. According to European Rare Diseases Organisation (EURORDIS) [2], 25% of patients had to wait between 5 and 30 years from early symptoms to confirmatory diagnosis of their diseases, and 40% of patients first received a wrong diagnosis. This could lead to unsatisfactory treatment progress or serious consequences. (About the consequences of wrong diagnosis, please read the next article: Is your Genetic Test Accurate? Understand the Accuracy of Genetic Testing）


Since the early symptoms of most neurodegenerative diseases are very similar, for example, muscle weakness, poor coordination, and mood change, the confirmatory diagnosis of the neurodegenerative disease require a long period of time. It is difficult for medical professionals to diagnose just based on a patient’s clinical symptoms. There are about 80% of rare diseases are related to genetic inheritance. If a patient has been tested for pathogenic genes in the early stage of the disease, patients can receive the corresponding treatment and help to prevent the disease from getting worse.

The Importance of Genetic Testing for Neurodegenerative Diseases

For patients with early symptoms, genetic testing can find out the genetic variation that causes the disease and assists medical professionals in disease diagnosis. For patients diagnosed at disease early stage, they can be treated as early as possible to control the condition. Since it is hard to regenerate neurons in large numbers, it could be permanent damage for a patient. For patients diagnosed at a later stage of the disease, they could miss the opportunity to effectively control the condition.


Although most of the rare diseases are hard to treat effectively, there are some neurodegenerative diseases can be controlled through gene therapy. Gene therapy is non-invasive, which is safe and effective for long term treatment. It helps slow down the deterioration process so that patients could live a longer life.


Since the occurrence of a rare disease is closely related to genetic inheritance, there is a chance to pass the rare disease gene to the next generation even if the rare disease does not occur. Understanding family medical history and genetic variations help family and life planning.