Understand the Heredity of Ovarian Cancer, And Its International Medical Guidelines 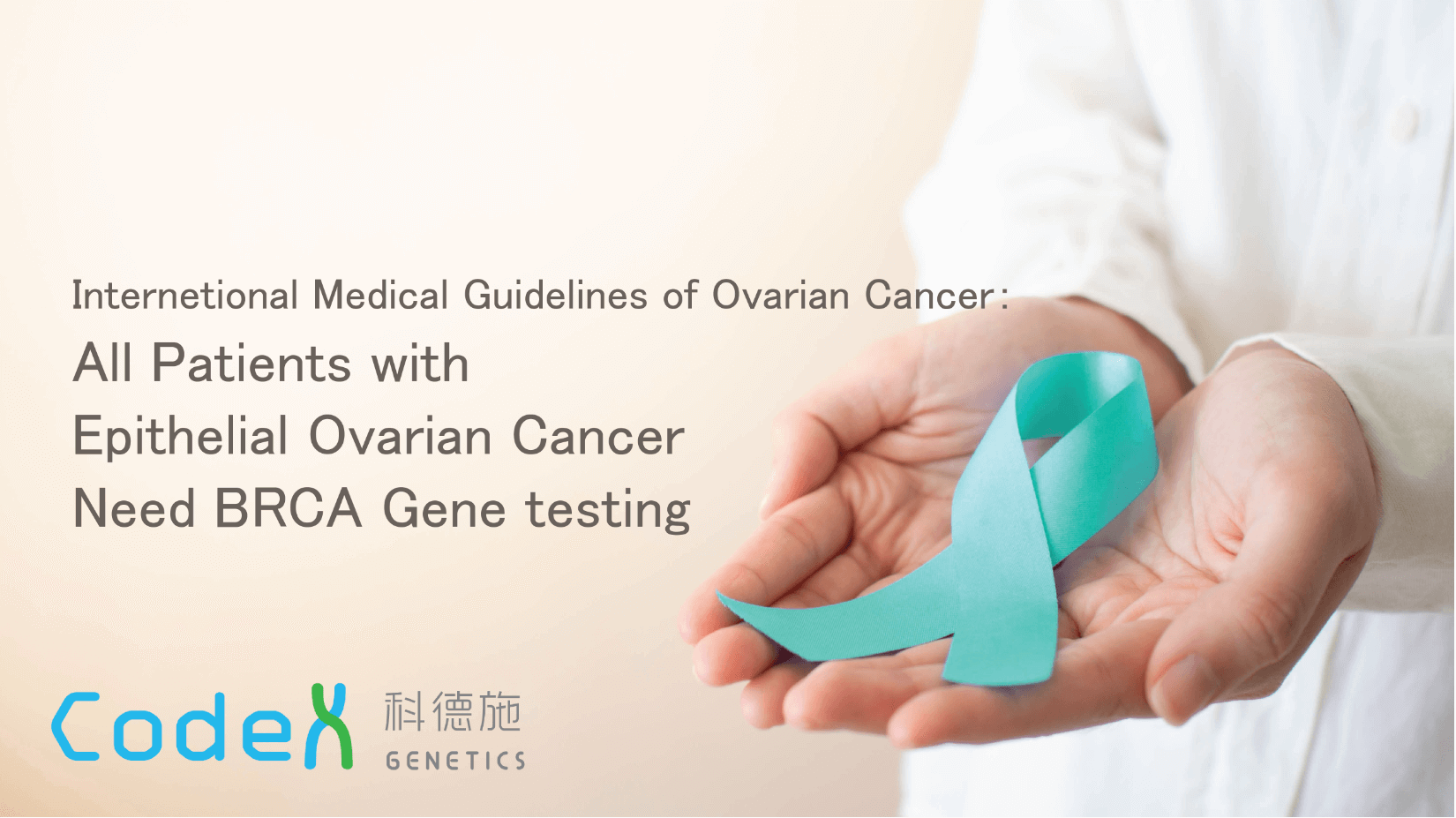 Ovarian cancer is the sixth most common cancer among women in Hong Kong. 1 out of 94 women will develop ovarian cancer in their lifetime. As far as women’s diseases are concerned, the prevalence of ovarian cancer is not as high as that of breast cancer. However, symptoms of ovarian cancer are often overlooked or considered to be merely caused by other diseases, which is a potentially harmful assumption that must be addressed.

Ovarian cancer can be roughly divided into the following three categories.

Under What Circumstances Should Genetic Testing for Hereditary Ovarian Cancer Be Taken?

According to expert recommendations from the National Comprehensive Cancer Network (NCCN), if any of the following conditions are met, genetic testing for ovarian cancer is recommended for further risk assessment:

Is There A Need for Genetic Testing Even After Being Diagnosed with Ovarian Cancer? American Society of Clinical Oncology Suggests All Patients with Epithelial Ovarian Cancer Need BRCA Gene Testing

What should an individual do if in possession of an ovarian cancer gene mutation?

Being a carrier of ovarian-cancer-related gene mutations means that the individual will have a higher risk of developing ovarian cancer than the average person. According to the recommendations of the Cancer Expert Working Group (CEWG) from the Centre for Health Protection of the Department of Health in the Hong Kong Government, women at general risk do not need to be screened if they do not have symptoms of ovarian cancer; on the other hand, women who are at high genetic risk of ovarian cancer should consider seeking additional medical advice to evaluate their course of action regarding possibly developing ovarian cancer, be it a formal diagnosis, further genetic testing, or regular screening needs.