US Expert Medical Opinion: Genetic Testing Should Be Performed on All Newly Diagnosed Breast Cancer Patients 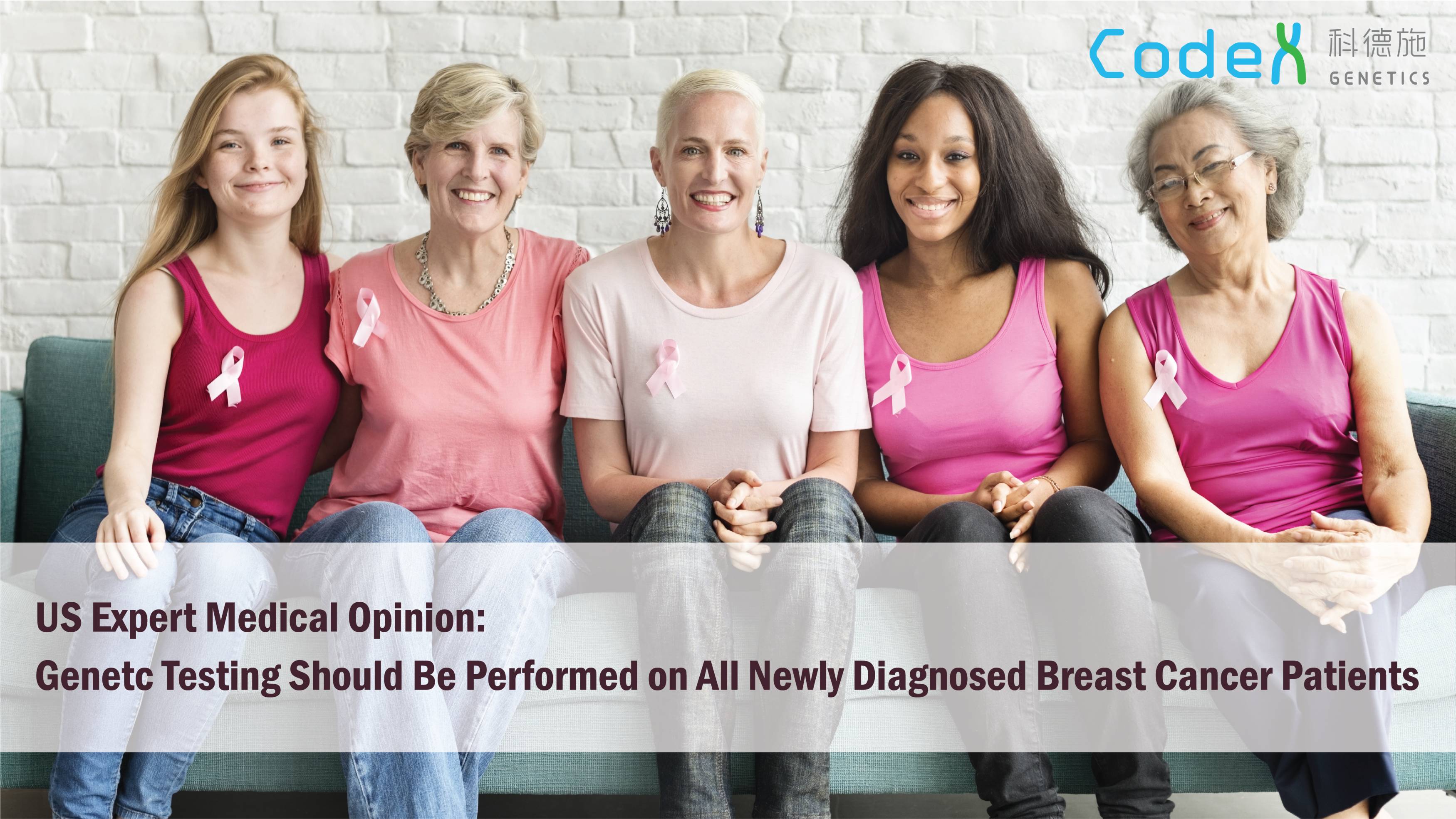 The American Society of Breast Surgeons (ASBrS) is a primary leadership organization advocating for general surgeons who treat breast disease. Established in 1995, it has more than 3,000 members in the United States and operates in over 50 regions across the world. The ASBrS is committed in promoting breast health education, research, communication, and technological development. The consensus guidelines issued by the association provide guidance for medical professionals in assessing the genetic risk of breast cancer. Their 2019 guideline on genetic testing for hereditary breast cancer recommended that genetic testing should be performed on all individuals with a history of breast cancer, as well as those who were newly diagnosed.

Genetic inheritance plays an important role in the development of breast cancer. About 10% of patients have inherited mutated genes. Patients with breast cancer gene mutations have a 10-fold higher chance of developing breast cancer. The most common genetic mutations in breast cancer occur in the BRCA 1 and BRCA 2 genes. When BRCA 1 & 2 mutates, it increases the risk of breast cancer or even other cancers, such as ovarian cancer and prostate cancer.

A Medical Guide That Keeps Pace with The Times

Why Do Those Already Diagnosed with Breast Cancer Still Require Further Genetic Testing?

More and more people understand that pre-emptive genetic testing for hereditary cancers (such as BRCA1/2 genetic testing) can allow people who have not yet developed a disease to know their risk of developing a certain type of cancer in their lifetime. Such high-risk patients can subsequently prevent and/or mitigate related cancers as early as possible, or undergo cancer screening more frequently such that cancer cells can be detected at an early stage of onset. Doing so will enable early medical interventions, which will improve treatment efficacy.


On the other hand, how can individuals who have already developed the disease benefit from genetic testing? According to guidelines issued by the ASBrS, the identification of genetic variants may affect doctors’ treatment recommendations for newly diagnosed breast cancer patients. For example, patients with BRCA gene mutations can be treated with PARP inhibitors, whilst patients with TP53 gene mutations should not be treated with radiotherapy to avoid inducing secondary malignant tumors.


Furthermore, about one in ten newly diagnosed breast cancers is correlated to genetic mutations. This means that this gene variant may also exist in relatives of the same family, and those who currently do not have the disease may be potentially high-risk for related diseases (for example, BRCA gene variants are not limited to women’s breast and ovarian cancer risks, but also increase men’s prostate cancer risk). Such gene mutations will also have a 50% chance of being passed on to the next generation.

BRCA1/2 is the most common breast cancer gene mutation. With that said, in addition to the BRCA1 and BRCA2 genes, there are other breast cancer-related gene mutations such as CHEK2, PALB2, PTEN, RAD51C, RAD51D, STK11, and TP53 genes. The ASBrS strongly believes that individuals should consider genetic testing for hereditary breast cancer, including BRCA1, BRCA2, and PALB2 genes, as well as other genes suitable for the individual’s clinical situation and family history. Doing so will aid in better tackling medical complications, increasing treatment efficacy, and gaining a deeper understanding of potential health implications which may factor into family planning.