Is dementia only affecting older people? Many people may not know that dementia does not necessarily occur in the elderly. Apart from Alzheimer’s disease, the most common type of dementia, there are some other rare diseases that suffer from dementia. We will go through the different types of dementia caused by neurodegenerative diseases. 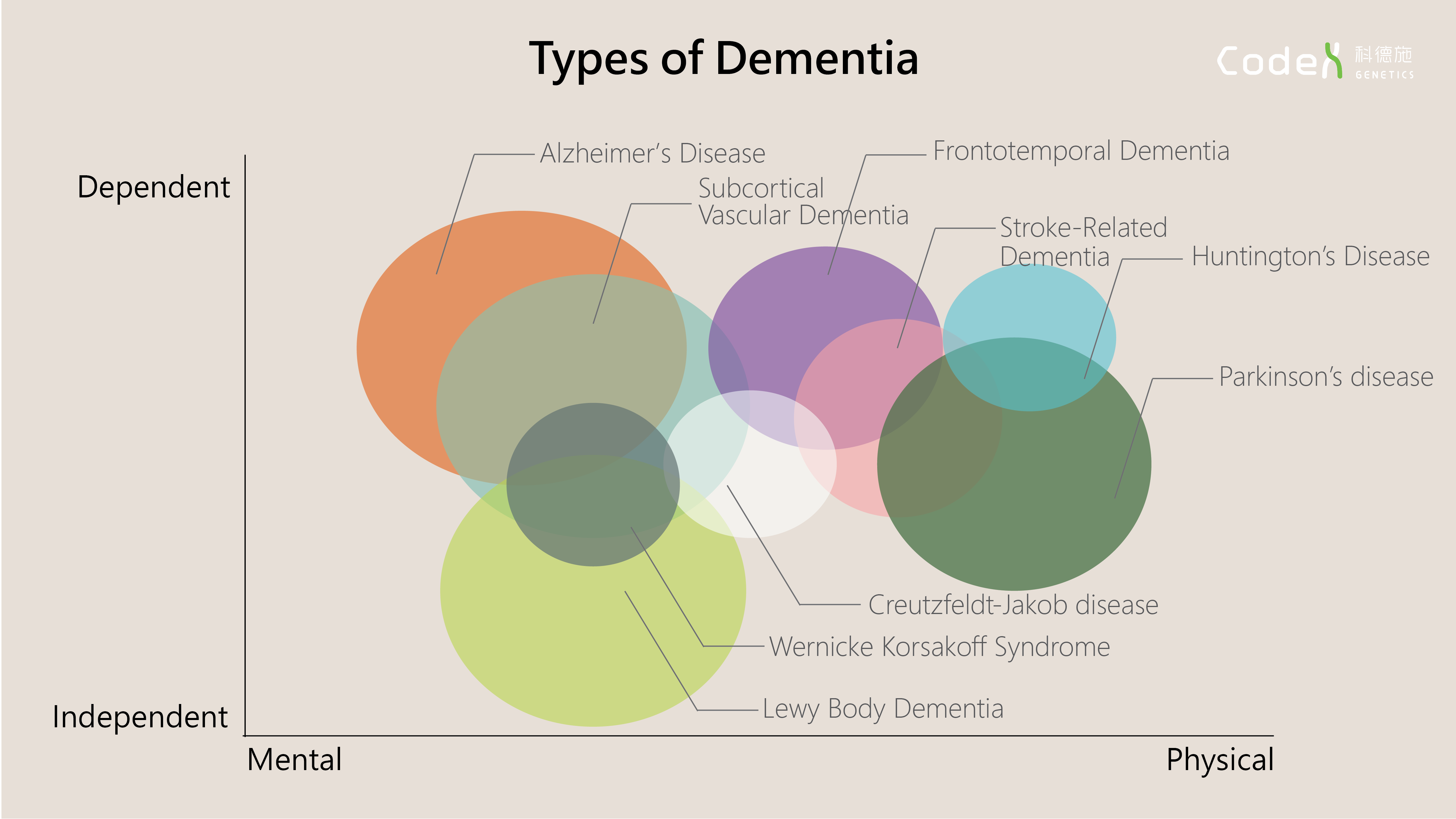 
Dementia with Lewy bodies is caused by protein deposition in neurons. It interrupts the chemical information in the patient’s brain and causes memory loss and disorientation. Patients with Lewy bodies dementia and patients with Parkinson’s disease share a lot of symptoms, for example, shaking hands and difficulty walking.


Frontotemporal Dementia is caused by genetic mutation or genetic inheritance. It affects the frontal and temporal lobes of the brain. Patients with frontotemporal dementia would have speech difficulties and poor judgement.

What should I do if I have dementia symptoms?

Dementia symptoms related to neurodegenerative diseases are so similar, for example, communication problem, poor judgement, difficulty speaking, mood and personality change, confusion with time and place. Genetic testing for neurodegenerative diseases can help with confirmatory diagnosis at an early stage. It allows patients to get effective treatment as soon as possible. If you find yourself or your family members experiencing the early symptoms of dementia, please seek medical advice as soon as possible.

Parkinson’s Disease and Ataxia How to distinguish Parkinson's disease, Alzheimer's disease and other dementia?